WASHINGTON — Museum of the Bible has partnered with Trinity Broadcasting Network (TBN) to produce The Truth I’m Standing On, a concert featuring high-profile recording artists sharing songs about healing during this difficult time for our country and world. TBN will broadcast the concert as a two-part event. 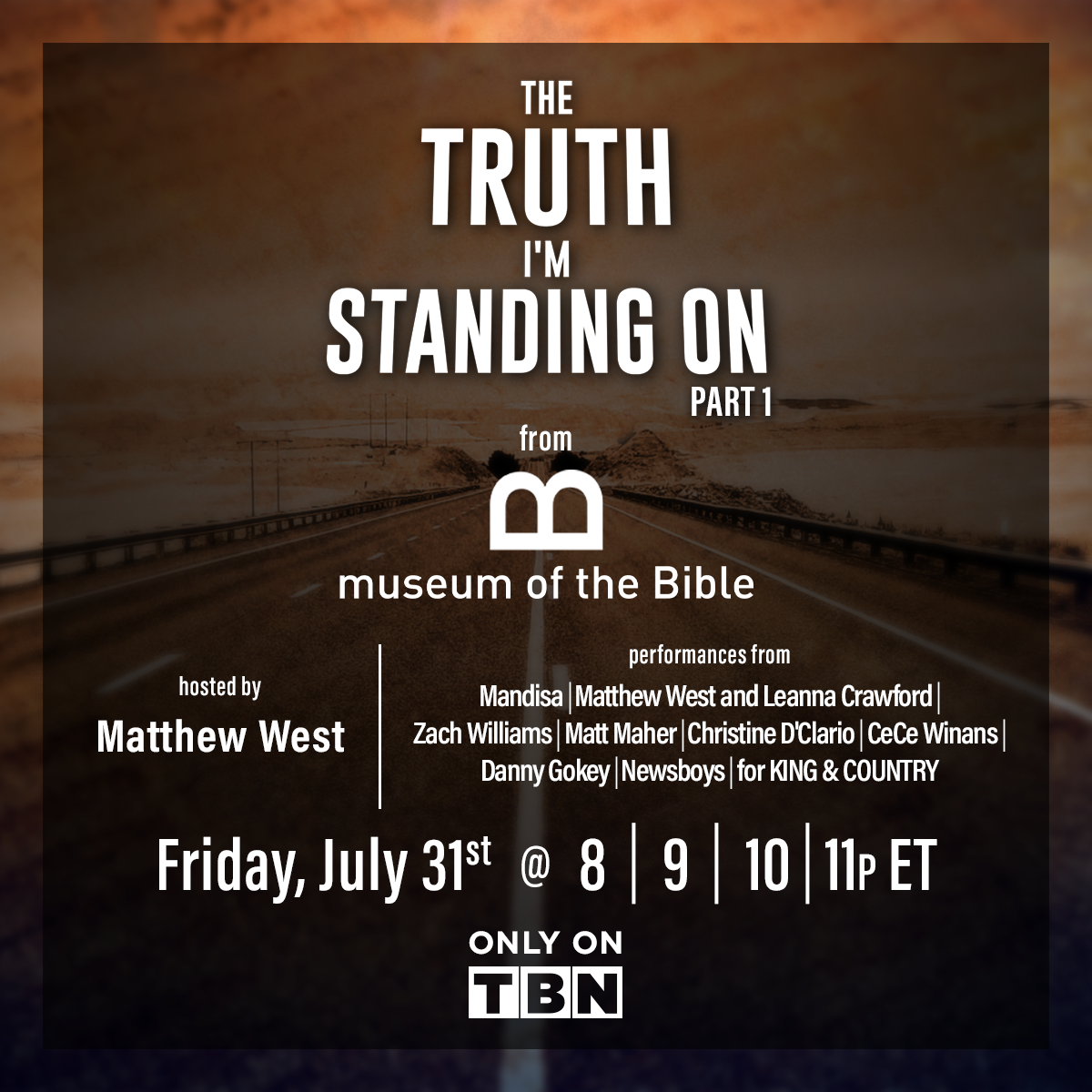 Matthew West, an award-winning and multiple GRAMMY®-nominated contemporary Christian artist and songwriter, will host the broadcast from Museum of the Bible, leading the audience from performer to performer and exploring the connection between each performance and its specific venue.

“As our world continues to be engulfed in chaos, sickness, tension and uncertainty, people are desperate for a firm foundation they can stand on,” Matthew West said. “The Scriptures point the way for all of us to find that solid foundation in God’s promises, and the Museum of the Bible powerfully displays the truth that God’s word has stood the test of time and served as a guiding light in our darkest days. I hope these performances will flood your heart with hope and remind you of the truth we all can stand on.”

“Healing and community are more important now than ever before,” said Harry Hargrave, CEO of Museum of the Bible. “We are proud to partner with TBN to bring comfort, hope and joy to people around the nation and around the world.”

Watch “The Truth I’m Standing On” concert featuring Museum of the Bible on a TBN channel near you, TBN’s livestream or the TBN mobile app (Apple/Android).

More information on Museum of the Bible is available here.

You are now leaving MuseumOfTheBible.org

The link you clicked is provided as a courtesy. We do not control the content of the site you are about to visit. Please review their Privacy Policy as it may differ from ours. Thank you for visiting Museum of the Bible.
Cancel Continue